Edit
watch 01:36
We're Getting Mutants in the MCU - The Loop
Do you like this video?
Play Sound

May 15, 2015
" The largest and most heavily armed of the Rebellion’s first wave of starships for Star Wars: Armada, the Assault Frigate Mark II is a light warship seven-hundred meters long that sports a crew just under five-thousand and features a considerable armament of fifteen turbolaser batteries, fifteen laser cannons, and twenty quad laser cannons. Designed in secret by Rebel engineers, the Assault Frigate Mark II frequently surprises Imperial admirals with its speed. " 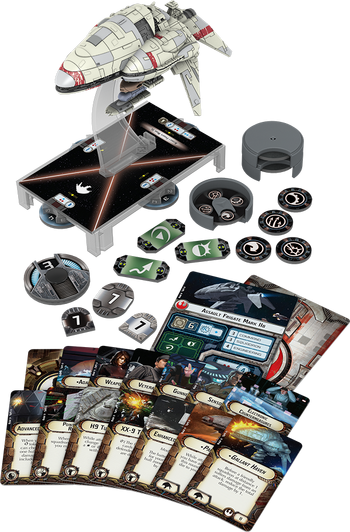 This is not a complete game experience. A copy of the Star Wars: Armada Miniatures Game Core Set is required to play.