Players take turns deploying fleets as normal but must deploy all ships before deploying any squadrons. The first player must deploy ships within the ambush zone on his odd-numbered deployment turn, starting with his first turn. He cannot deploy ships or squadrons overlapping obstacles in the ambush zone. After setup is complete, he removes all objective tokens from the play area.

The first player can deploy squadrons within distance 1–2 of a ship inside the ambush zone. 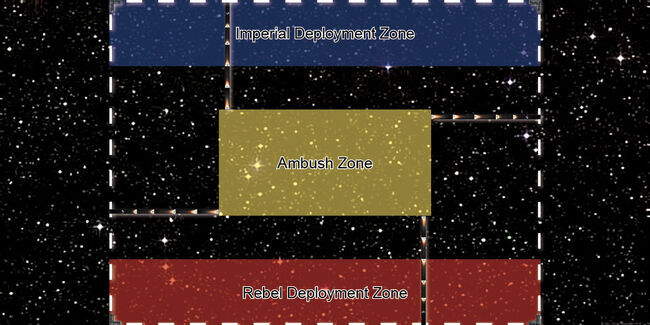 This objective is not recommended for Task Force play.

Retrieved from "https://starwars-armada.fandom.com/wiki/Fleet_Ambush?oldid=19036"
Community content is available under CC-BY-SA unless otherwise noted.